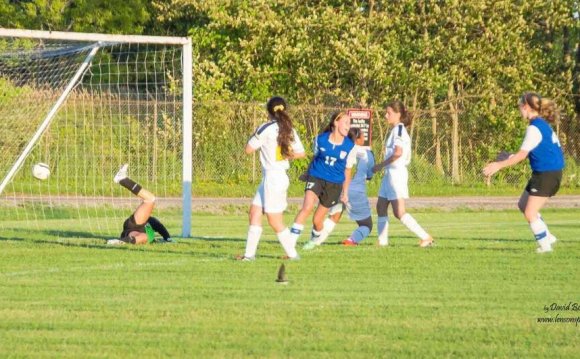 Springfield's Nick Jannelli, center, came lots of attention this past year on the way to an exciting-Delco season. That's prone to do this again fall. (Occasions staff / TOM KELLY IV)

Monday’s edition from the Daily Occasions includes an element on Marple Newtown’s special senior class as well as their mission to create 4 years of effort repay. Before which hits the net, though, listed here are team-by-team previews of Delco’s soccer programs. First of all, the Central League.

The very first round of districts has turned into a obstacle for Strath Haven, but coach Ryan O’Neill hopes the mixture of upperclassmen who matured rapidly late this past year and gifted youthful gamers could finish that.

A lot of the spine of last year’s 10-win team returns, brought by senior citizens Will Haury, Alex Maillet, Evan Savoth, Scott Campbell and Alex Belanger. Although the Panthers must replace their top three scorers, Savoth was 4th with four tallies, while gifted sophomore Josh Mason obtained three occasions and junior Harrison Hotham notched the only real objective of their District One Class AAA first-round loss to Methacton. Newcomer Nathan Perrins can also be tabbed to lead in the start.

Haverford’s 2014 began vibrantly with five wins within the first seven games, however a mid-season swoon established that a youthful team wasn’t ready to accept step.

Coach Shaun Jackson thinks that what he dubs probably the most gifted senior class he’s been on 3 years can grow by advances and bounds. The 2 leading scorers from this past year – Ryan Brown and Willie Fineberg (seven each) – have left, but the majority of the audience returns to try and finish the Fords’ playoff drought.

At the forefront is Cole Mays, who obtained six goals this past year and will also be assisted within the attacking third by fellow senior citizens Liam Boyes and Evan Boyce. Sean Lacey, Angelo Carranza, Noah Cordrey, Bobby Klug and Brett Kaercher are some of the senior leaders.

Juniors Josh Cunningham and Chris Rioboli will figure heavily within the rotation, and so will sophomores Matt Billbrough and Connor Brown and newcomer Will Gardner.

Penncrest’s school-record setting 2014 season came in a steep cost, with Paul Norris needing to replace 10 from the senior citizens who backstopped that 14-win performance.

This fall’s follow-up effort is going to be moored on opposite edges from the pitch – by All-Central goalkeeper Liam Thomas and highly-recommended, well-coiffed forward Mike Brown, who had been hurt last season but notched 10 goals like a newcomer. The relaxation of Norris’ team will flow around individuals two, a characteristic corps of technically-seem, solid-but-not-spectacular gamers like Zac Groses, Shea Morgan, Ryan Schultz and Charlie Simpson who'll make up the backbone. Newcomer Max Brown could lead this year for that Lions, who'll play their games around the new turf at Louis Scott Area.